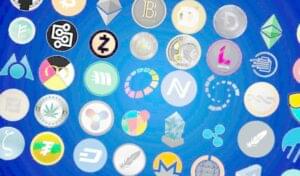 In the process of mastering trading and gaining experience, the trader has to look for answers to many questions. There are a lot of trading methods in the market. At the beginning, I recommend getting to know each of them. After that, you can choose the method that, according to the trader, is most effective and suitable for it, taking into account character features. One of the options for earning money on the market is trading with a robot. The opportunity to make a profit, almost without participating in trade, attracts many traders. But among them there are those who do not trust their money to the program and prefer to make trade decisions on their own. In this regard, the question often arises: so what is better, robots or independent trade? Let’s try to find an answer to it.

In order to make a decision on any issue, you need to compare pros and cons. This simple way has long proved to be effective.

Let’s start with the advantages of using a robot in trade. Counselor in his actions strictly follow the rules and conditions that are laid down in its algorithm. Hence the following advantage. Application in robot trading eliminates the influence of such a negative factor as emotions. As practice shows, the emotional state of the trader ruined many deposits. Robots completely exclude the influence of the so-called human factor from the trade process. In addition, advisers allow the trader to trade around the clock five days a week. Self-trading in this mode not possible.

And now – about the cons. In my opinion, the main drawback of robots is the fact that they open and close trade orders solely based on the results of technical analysis. Their algorithm includes indicators, the readings of which are considered by the robot for making a trade decision. However, stable profitable trade is possible only if fundamental factors are taken into account. In addition, to create a robot, the trader needs to have knowledge of the programming language. The use of ready-made robots that can be found on the network involves increased risks. Even if a trader acquires an advisor at a considerable price, this does not guarantee its high quality at all. And finally, another very important drawback in the use of robots. A non-standard situation sometimes arises in the market. And if a person can make an appropriate decision in this case, then robots are not able to do this.

Of course, how to trade in the market is up to the trader. But I recommend observing maximum caution when selecting an adviser and in the process of trading with his help.