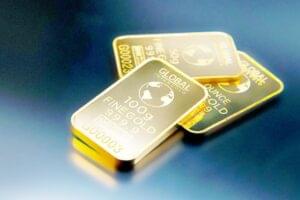 Greetings to you, dear traders!

The next trading month is completed. The result, one might say, is stable. At the end of September, my profit was $3,601, which is only slightly less than the earnings for the previous month. I closed 38 trading orders. In 29 transactions, a profit was recorded.

Maximarkets brokerage helps me make money in the market.

World markets were not bored in September. A fairly high activity contributed to the news background. The oil market has risen well. Gas in Europe soared almost twice in price. The gold market, on the contrary, fell amid the strengthening of the dollar. The most important event last month was the regular meeting of the Committee on Open Market Operations of the US Federal Reserve. Investors did not expect a decision to change the DCT. However, they assumed that the US Central Bank would announce specific dates for the start of the curtailment of the incentive program. And this, one might say, happened. Jerome Powell, speaking at a press conference, said that already at the November FOMC meeting a decision can be made to reduce the volume of bond purchases. As for the interest rate, there is no question of raising it. This issue can be considered by the US Central Bank if inflation is at a high level for a long period of time.

I would say that last month such an assessment can be given to several warrants. All of them were open to oil. In general, trading in this market was successful for me. Of the 9 deals, 8 were closed with a profile. The general oil trading profit was $1,271. The movement of oil quotes was easy enough to predict. Several factors supported prices at once. The growth rate of demand for raw materials exceeded the rate of increase in supply. Market participants feared a significant reduction in supplies due to the effects of hurricanes in the United States. In addition, the volume of oil reserves in this country unexpectedly for analysts has fallen to a minimum in the past almost three years.

The worst transaction of the month

If we talk about the most unsuccessful deal in September, then this is the sale of Xauusd on the last day of the month. The loss amounted to 697 dollars. The order was opened on a trend. However, the release of statistics in the United States has changed the mood of market participants. It became known that the number of new applications for unemployment benefits has grown. This makes doubt on the successful restoration of the American labor market. Such a situation can lead to the transfer to a later date reducing the volume of asset purchases. The federal reserve needs a strong labor market to make such a decision. Any delay in the decision to curtail incentives is a positive factor for the gold market.

Statement for September can be downloaded from this link: