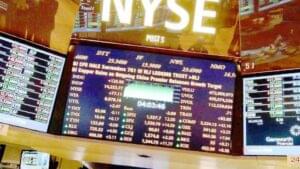 My trade in November is completed and with a good result. Profit made up 4750 dollars. During the month I closed 54 trade orders. In 38 transactions received a profit. I earn

I am still with a broker long-friendly broker.

The past month was saturated with world news. True, most of them were expected. Although some “surprises” were observed. First of all, this is the appearance of the next strain of coronavirus with the beautiful name of Omicron. With one The parties, humanity is already beginning to get used to such news. On the other hand, everyone is already tired of all sorts of strains. In the markets there was anxiety about the restoration of the global economy. It is possible that its growth rates slow down due to the next introduction of restrictive measures. Inflationary pressure in many countries is increasing that, of course, is a problem. True, not all countries think so. As he wrote one of the experts, the ECB continues to repeat the “mantra” about the temporary increase in consumer prices. A Here Fedrev has already admitted that the situation associated with inflation turned out to be worse than previously assumed. Rising prices may be long. In this regard, the Fed of the United States intends to accelerate the pace of stimulus program. And the rates can be elevated next year.

The best deal of month

In November, I preferred such trading tools as cryptocurrencies, oil and gold.

The best deal in the amount of the received profits was the sale of oil on November 15. It was closed by Take Profit With profit 1000 dollars. In general, the oil market in November fell. First, the pressure on the oil quotes was provided by the message of the White House on the decision to sell 50 million barrels of oil from strategic reserves. Some other countries joined the United States. And at the end of November, oil prices rapidly decreased after other markets after reporting a new coronavirus strain. It strengthened the uncertainty about the situation in the global economy and the growth rates of demand for commodity goods. In November, I closed 16 oil trading transactions. The overall result is a profit in the amount of $ 2186.

But I can not call gold to be successful. Its value in November fell against the background of the strengthening of the dollar. In addition, the yield of American government bonds grew. In this regard, investors began to pay more attention to treasury securities. Demand for precious metallow fell. I closed 11 orders in November 11 orders, including 7 with a small profit. And the overall result was unprofitable. In the sale of gold I lost 691 dollars.

In my experience, December is a very difficult month for trading. But I still hope that he will also be successful.