Knowledge and use of candlestick models in trading can improve its results. Today I want to tell you about the reversal of the candlestick combination, which can often be seen on the chart. It’s a pattern of “three soldiers”. Despite its simplicity, it has some features that must be taken into account to improve trading efficiency.

Pattern “three soldiers” consists of three candlesticks. If three consecutive bull candles appeared on the chart and they have large bodies and short shadows, it means that the model of “three white soldiers” was formed. If there are three bear candles, we have a pattern of three black soldiers. “White Soldiers recommend buying, Black Soldiers recommend selling.

How to trade with this candlestick combination

When the bull model appears
place a pending order just above the maximum of the 3rd candlestick. Stop-loss for a few
points below the low of the first candlestick.

In the event of a bearish appearance
model, place a pending order just below the minimum of the third candlestick. SL – on
a few points above the high of the first candlestick.

Also when placing an SL you can
to use local extrema. 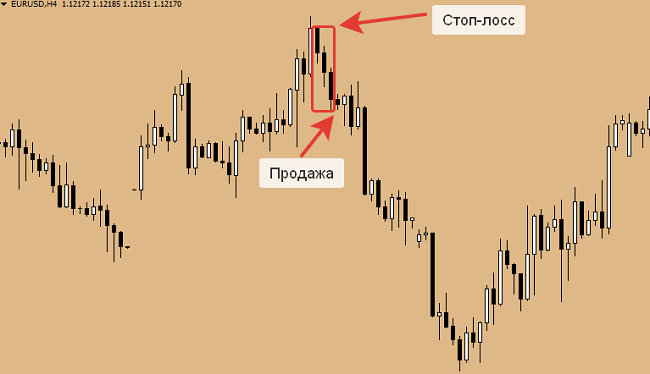 I want to note the following
important things to know about.

This model should
to be considered only if it’s formed after a strong
trend or long flute.

Size of bodies and shadows of the second and
the third candle should be about the same. If the difference is too big,
it’s better to ignore this signal.

If one of the candlesticks
has a very large body, it’s better to skip this signal too.

If the candlestick shadows exceed
to the size of the body, then we should not consider entering the market.

Open trades only by signals of this candlestick combination cannot be opened. Good results can be obtained by using a pattern with an additional indicator. The optimal variant is the volume indicator . If pattern “three soldiers” was formed on the background of growth in the volume of deals, then the probability of closing the deal with profit increases.

For those who have never worked with this candlestick model, I recommend that you first look at the history of the model and test the pattern of your demo account.