Home » Event » The head of the ECB, Mario Draghi, gave a speech. The eurozone economy is growing.
Marie Brooks

The head of the ECB, Mario Draghi, gave a speech. The eurozone economy is growing. 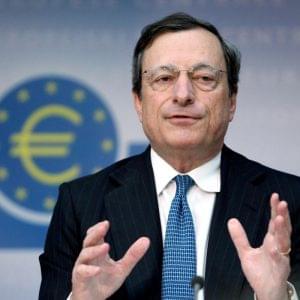 Mario Draghi, ECB head, made a speech at the European Parliament. He said that the Central Bank does not plan to give up its intention to complete the quantitative easing program by the end of this year. The final decision on this issue will be made in December, provided that the inflation rate in the region will continue to rise.

Mario Draghi believes that despite some slowdown in economic growth in the euro zone, the asset purchase program may be completed in 2018. Currently, the European Central Bank continues to buy bonds worth 15 billion euros. Interest rates remain low.

The head of the ECB also noted that after the cessation of asset purchases the bank intends to maintain a high degree of stimulation within the existing monetary policy. The proceeds from the redemption of bonds purchased under the asset purchase program will be used for reinvestment.

Mario Draghi is confident that the eurozone economy will gradually recover. A slight slowdown in economic growth is only a return to normal growth rates after a significant increase in GDP in 2017. According to statistics, the euro zone economy grew by 0.2 percent in the third quarter after a 0.4 percent increase in the second quarter.