Swap-free bills. Who could benefit from them. 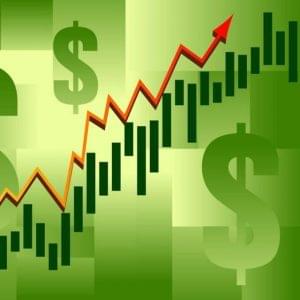 One of the notions a trader will have to face at the very beginning of trading is swap. For those who haven’t met him yet, I’ll explain what it is. This is a fee that is charged for leaving a trading position open after the end of the day’s trading, i.e. transferring it to the next trading day. And swap can be either positive or negative. In the first case, the trader’s trading account is increased by the amount of swap accrued. In the second one, on the contrary, it decreases. This is due to the fact that the initial data for swap calculation are the effective interest rates in the countries whose currencies are part of the traded currency pair.

For those traders who trade inside the day, it doesn’t matter, because transactions are not carried over to the next day. However, traders who prefer medium or long-term trading always take this factor into account. A negative swap will result in a decrease in profit. But in recent years such traders have had a solution to this problem. Some brokers provide the ability to open accounts without swaps. Let’s talk about them a little bit more.

It must be said that the emergence of swap-free accounts is related to religion and specifically to Islam. The fact is that Muslim traders could not trade in the foreign exchange market because of the swap. Laws in force in Muslim countries do not permit the receipt or payment of interest on financial transactions. Therefore, accounts without swaps are also called Muslim. Despite the fact that swap-free accounts were originally created for Muslims, it was not a restriction for other traders. This type of trading account can be opened by anyone if the broker provides this feature.

The absence of swap during the position rollover may be of interest only to those traders who have been holding open trade orders for a long time. This makes it easier to calculate profits and reduces possible losses. In addition, for a trader trading on a swap-free account, information on interest rate decisions made by the Central Banks becomes less relevant.

Traders trading inside the day to open accounts without swaps makes no sense. Well, unless that is the case, if along with intraday trading the trader opens additional long-term deals. It’s not uncommon.

The question about the expediency of opening this type of trading account should be decided only by the trader himself. However, everyone should be aware of the existence of such an opportunity. If swap-free is not needed today, it may occur in the future.