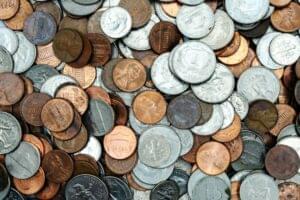 Congratulations on the New Year and Merry Christmas!

After a few days of rest, I again started trading. But today I want to talk about its results in December.

Profit amounted to 3583 dollars. At the end of the month I closed 49 sales orders. Profit was recorded in 36 transactions.

The trading account is opened in the company Maxim.

News background in December did not undergo significant changes. He remained restless against the background of a pandemic and complex geopolitical situation. Despite the fact that the doctors reduced the level of anxiety about Oomikron, the further development of events in the health sector remains uncertain. So, it is still not clear how strong will the damage for the global economy from the spread of a new coronavirus strain. In addition, a couple of days ago a message appeared that in France there were cases of infection with the next strain, which was previously unknown. In general, the end of world pandemic history is not yet visible. Truth, Unlike 2020, countries have already learned to live and work in new realities. Last month there were two significant events: Fed meetings of the United States and OPEC +. Their results did not surprise for markets.

The best transaction of the month

There were no applicants for this “title”. Each transaction has been completed with moderate profit. Especially large losses were also not observed. I still traded oil, gold and cryptocurrency.

The main amount of profit was obtained in the trade in cryptocurrency. In December, they are not showed strong movements. Nevertheless, opportunities for earnings were enough. Bitcoin began a month from a sharp fall. However, it was never possible to fall below the support level of 45,000 dollars. Then the course of cryptocurrency recovered, and he was even able to rise above the level of $ 52,000. After that, the price again fell to the mark, which was fixed in early December. I traded several cryptocurrencies. Basically, these were purchases based on Texanalysis. Most orders were closed with profit. General Profit exceeded 2000 dollars.

Oil trade was also profitable. In general, an upward trend was observed on the oil market. The decision of the United States and some other countries to offer the oil market from its strategic reserves, as expected, did not have serious influence on the dynamics of quotations. Oil continued to go to rolled back prices during the month. Support for the market has provided OPEC refusal + increase oil production in excess of that volume, which is provided in the Agreement. My earnings in oil trafficking amounted to more 1800 dollars.

But the gold trade was unsuccessful. The total outcome is a loss of about 300 dollars. I have already conducted a preliminary analysis of gold transactions. It is necessary to optimize the strategy. Apparently, the problem is related to the definition of SL and TP sizes.

You can download the statement of my December trading on this link: