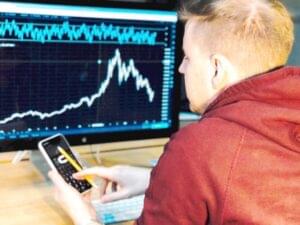 Patterns in the forex market

There are differing views in the trading community as to whether there are patterns in the forex market. Some traders categorically deny their presence. They believe that the forex market is completely unpredictable. And therefore, looking for some patterns is a waste of time. Other traders believe that they still are. In their opinion, laws manifest themselves in the form of periodically recurring market situations. Actually, Charles Dow once spoke out on this topic. His postulates quoted by many traders. I rather belong to the second group of traders, because I also believe that the foreign exchange market is not as chaotic as it might seem at first glance. So what can be the patterns in the forex market? Consider them.

What did Charles Dow talk about

Start, perhaps, from his postulates. They can be interpreted as follows.

Market situations that have been observed in the past may recur in the future.

The market cannot be in the same state for a long period of time.

Patterns also include the behavior of price in different trading sessions. It was noted that increased activity in the market is observed during the European and American sessions. At the same time, the dynamics of prices during the Asian session is much weaker.

The price of a currency pair almost always seeks to close the gap if it occurred. This is about about the gaps that can sometimes be observed at the opening of trading on Monday.

After a sharp and prolonged price movement, there is necessarily a market correction. The stronger the trend, the deeper the correction can be.

A significant amount of time the price in the market can vary in a certain range. The more often it fights off the border of the channel, the more likely it is that the price will do it again.

Very high market volatility is often the reason for expansion spread by a broker. As a rule, this situation can be observed before Christmas and New Year.

The seasonal factor influences the price movement. If, for example, you compare market situations for a particular trading instrument in the fall months, you can see that they have similarities.

The patterns in the forex market that I told you about will be useful to consider not only for making decisions about entering the market, but also for determining points to exit it.

The record of regularity in the forex market first appeared forex-for-you.ru.