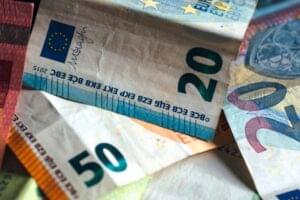 There are quite a few earning methods in trading. One of them is trading on news . It has its advantages. Trading time is always known for sure, since there is a calendar for the release of important news. As a rule, during this period there are strong price movements, at which you can make a good profit. At first glance, it may seem that this way of earning is very simple. And if you trade only on the news, then you can have a stable income. For this, it is enough only to trace news calendar. And after the release of the next news, it is necessary to evaluate its influence on the exchange rate of the currency pair and make an appropriate trade decision. However, in practice, everything is not so simple. Trading on the news is a difficult way to earn money on the market. Today I want to give you some tips that will increase the efficiency of such trade.

The importance of news

If you look at the calendar, you can make sure that there are a lot of news published every day. Do not track each of them makes sense. The trader should focus only on important news that can have a significant impact on the exchange rate of a particular currency. And here for newcomers to the market may arise complexity. They often focus on the degree of importance of news that is presented on the respective portals. The degree of importance of news on such resources is determined by the number of stars. But these estimates are not always true. I recommend using only four main ones for earnings news. First of all, these are the results of the meeting of the Central Bank. In addition, it is possible to trade after the release of data on the country’s GDP, as well as on inflation and unemployment.

News trading requires some preparation. The trader needs to conduct a preliminary analysis of the market situation. We need to see how the exchange rate behaved before the news comes out. It will be useful and even necessary to determine the levels of support and resistance. After the news is released, they can be used not only to find the optimal entry point, but also to fix the profile or close the warrant if the price movement does not meet expectations.

Time to open a trade transaction

Do not rush to open a warrant immediately after the publication of the news, based only on whether it is positive or negative for a particular currency. As practice shows, a strong movement of quotes is observed about an hour after the release of the news. In the first minutes, a chaotic price movement often occurs. Enter the Minute Market 10-15 after the news was published. You’ll have enough time to make money on it.

Trading on news will be more effective if you assess the market situation on a small timeframe. For this, an hour schedule or even a smaller TF will be suitable. Do not interfere with tracking the teak schedule. Opening a deal is better when the price change on the teak chart has become relatively calm.

And of course, we must not forget about the risks. And this means that it is necessary Control the volume of trade orders opened. Possible losses on them should be within the limits of reasonable and permissible.

Record Tips on trade on the news first appeared forex-for-you.ru.