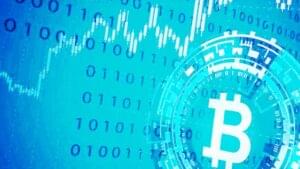 The trading month is over and with a good result. At the end of July, I earned a profit of $4,305. Of the 56 closed transactions, 42 warrants turned out to be profitable.

The news background, which was observed in July, I would not call positive. Although, of course, positive trends were visible. The situation in the world economy has improved slightly. But the problems have not completely disappeared, and this is still very far away. Vaccination of the population allowed to abolish a number of restrictive measures, which, in turn, contributed to the growth of economic activity. In July, two significant events took place for the markets: the meeting of the countries participating in the OPEC agreement and the next meeting of the Federal Reserve.

As for OPEC, this time the discussion of the terms of the agreement lasted a long time. The differences between the parties to the transaction did not allow to quickly discuss the situation on the oil market and make the necessary decision. However, in the end they still managed to reach a compromise. Participants in the OPEC meeting agreed on a monthly increase in oil production by 400,000 b/s and the extension of the current agreement until the end of next year.

The meeting of the Committee on Open Market Operations of the US Federal Reserve did not bring any surprises. As expected, the US Central Bank did not make changes to its DCP. However, some FOMC members believe that curtailing the incentive program and raising the rate may begin earlier than anticipated.

Well, now I’ll tell you a little more about my July trade.

In July, I used a large number of trading instruments to earn money. The best deal of the month in terms of the amount of the profit received was the purchase of oil on July 12. Until this day, oil quotes fell amid uncertainty related to the results of the OPEC meeting. However, then the mood in the market changed. Concerns about the deterioration of the epidemiological situation in the world due to the spread have come to the fore a new strain of the delta coronavirus. Raw material prices began to rise. The trade transaction was closed at a trade profit of $1,086.

The most unsuccessful deal in July was the purchase of bitcoin. She closed down the stop loss. The loss was $1,668. Cryptocurrency began to rise in price after the release of a message about Amazon’s intention to accept Bitcoin as payment for goods. However, then the company denied this message, and the cryptocurrency exchange rate sharply decreased.

August is particularly important for markets no events are expected. I believe this month will be relatively calm.

It is possible to download a statement of my July trade at the link: