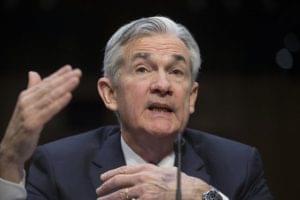 The International Monetary Fund held a conference. During her work, the head of the American Central Bank, Jerome Powell, gave a speech. He noted that investors should not expect any unexpected decisions from the Federal Reserve system.

The interest rate will rise. However, this will happen gradually. The process of monetary policy normalization will not harm the financial markets and traders.

Jerome Powell stressed that if the economic situation in the U.S. meets expectations, the Fed’s actions will not surprise the financial markets. For developing countries, normalizing the US Federal Reserve’s policy will not be a problem. They can handle it.

The head of the American Central Bank also assured that investors will be informed in a timely, clear and transparent manner about the strategic decisions of the Federal Reserve Board in order to avoid negative consequences for the markets.

Earlier this week, members of the Open Market Committee Robert Kaplan, Raphael Bostick and Thomas Barkin spoke. Kaplan confirmed his position on the need to triple the rate this year. Barkin called for further tightening of the Fed’s policy against the background of low unemployment and inflation close to the target. The positive dynamics of these indicators was also noted by Bostick.