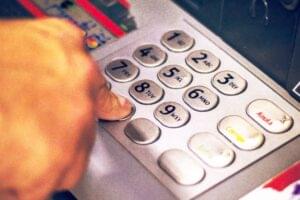 How to overcome the psychological blocks of a trader

Any trader who has decided to make money in the market faces a lot of problems. At the same time, they concern not only the trade itself, but also the psychological state. Some novice traders begin to experience a certain stiffness (blocks) after the closure of the next order. At the same time, the result of the transaction does not matter much. If the warrant was closed with a profile, but trader is starting to worry about whether he can repeat the success in the next deal. If the warrant turned out to be unprofitable, then he has the fear of repeating unsuccessful transactions. In both cases, the trader cannot decide to continue trading. A negative psychological attitude actually blocks the adoption of regular trade decisions. How to get rid of such psychological blocks? I will give you some guidance today.

Three steps to solve the problem

To begin with, I want to note that no problem in life can be solved or it will be very difficult, if not recognized, to ignore it. This applies to and trading. The trader must track the blocks and accept that they exist. It is noted that the recognition of a psychological problem alone already to some extent weakens its influence on a person.

The next step is an unbiased assessment of their failed trade decisions. This should be done in a mode of isolation, which eliminates the impact of emotions. In other words, it is necessary to analyze the causes of failures in the past as if through the eyes of another person. He watches trader trading and clearly sees the mistakes made both in the analysis of the market and accompanied by already open trading positions. This approach will provide confidence and improve trade results over time. To do this, you only need to avoid the mistakes that were observed earlier.

And finally, the third step in solving the problem of psychological blocks is the development of strict discipline. We are talking about the unconditional fulfillment of the conditions that are provided for in the trade strategy. No decision to enter the market should be made spontaneously, influenced by momentary mood. If trader is able to achieve such a level of self-discipline, then it will save it from unjustified losses, which, in turn, will free the trader from internal restrictions and fears.

Recommendations for getting rid of the blocks I told you about today do not require much effort and time from the trader. But a positive result can be noticed very soon.