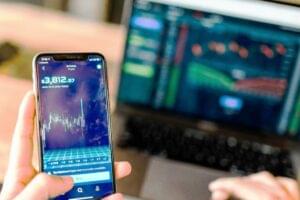 Hello, dear readers of the blog!

In the summer we said goodbye. But trade continues. As always, I want to share the trading results with you. August ended quite successfully. The profit for this month was $3,895. I closed 30 trading deals, including 23 with a profile.

To earn money on the market, I use the services of Maximarkets.

August is traditionally the calmest month in terms of news. Vacation lull. Nevertheless, there were some events, which attracted the attention of market participants. In late August, an annual conference was held in Jackson Hole. Investors were waiting for certainty about Fedrezever’s further policy after speaking at the conference of his head Jerome Powell. But they didn’t hear anything new. Jerome Powell spoke about the successful recovery of the American economy, some improvement in the labor market and the temporary nature of inflation. As for the curtailment of the asset buyback program, the head of the Fed The United States allowed this process to begin this year.

I made the maximum profit on the deal to buy oil on August 24. On this day, the raw materials began to confidently rise in price under the influence of the news background. Two factors influenced the mood of market participants. It became known that the Chinese authorities managed to stop the spread of the strain of coronavirus “delta.” This means that a drop in oil demand in this country is unlikely. In addition, a fire on one of the Mexican oil production platforms led to a reduction in production by more than 400 thousand b/s.

The trade deal quickly reached the level of a tick-profile. As a result, a profit of $1,192 was made. This made it possible to compensate for part of the loss recorded under two orders in the oil trade at the beginning of the month.

The markets are expected to recover in September. The month began with the next OPEC meeting. The parties to the transaction have decided not to change its conditions. The Alliance will continue to increase production by 400 thousand b/s each month. Now traders are waiting for the results of the meeting of the Committee on Open Market Operations of the US Federal Reserve. It is scheduled for September 21-22.

Status of my trade in August: