Algotrading is a way to get a stable profit 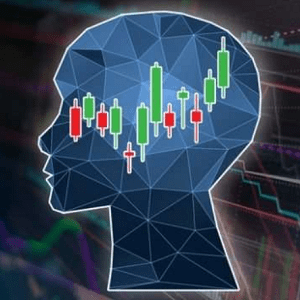 In order to reach the level of stable profitable trading, a trader needs to acquire knowledge and practical skills to analyze the market situation. Different tools and methods can be used for this purpose. But the final results of trade may be influenced by psychological factor. It is often the cause of mistakes and losses. In order to exclude such a situation, you can use the trading method called algo-trading. I’ll tell you about him today.

The essence of this method of trading is that the trader performs certain actions provided for in the trading algorithm. The whole process of algorithmic trading consists of several stages. First, we need to formulate a trade idea for ourselves. It creates an algorithm underneath it. Then we need to test how it works on history. But this is not enough to evaluate the effectiveness of the algorithm. The check should be continued on the demo account. After getting positive statistics, we can move on to real trading.

Algotrading is essentially a clear plan of action for
a trader. And it makes it much easier to trade.

The developed trading algorithm can be used for
of creating an advisor. Test its effectiveness in the strategy tester significantly
easier than doing it on history manually.

Algotrading does not require much time from a trader
to the trade. All you have to do is take certain actions,
embedded in the algorithm. And if an Expert Advisor is used, the task is even more
It’s getting easier.

Emotional trading is not affected. The trader won’t need
to keep your hand on the pulse of the market at all times. Whatever’s going on, he’s doing
strictly defined actions.

Which concerns shortcomings, we can say no. However, there are some difficulties that can be conditionally referred to as disadvantages of this method. The efficiency of algorithmic trading depends on two main factors. First of all, it is the quality of the algorithm. And it largely depends on the efficiency of the very idea laid down in the algorithm. It, in turn, is determined by the degree of professional literacy of a trader and his experience in trading on the markets. And the second factor is the trader’s discipline, as far as he is able to act within the established rules. We’re talking about manual trading. Using the robot minimizes the impact of this factor.

With the opportunities that we now have due to the development of technology, algo-trading is the best option for organizing trade in the market.