Address at the conference by Jerome Powell, head of the US Federal Reserve Board 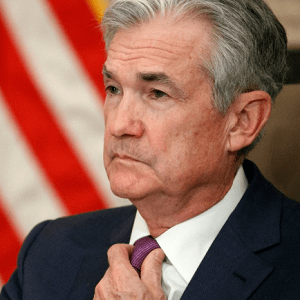 In the United States, it’s been
a conference that discussed the issue of monetary policy change
of the regulator. At the opening of the event, the head of the Fedresearch, Jerome, delivered a speech
Powell.

He noted in his speech that
The Federal Reserve Board is closely monitoring the negative consequences of the worsening
of a trade conflict between the U.S. and China. According to Powell, the Federal
The United States reserve system is ready to take action if confirmed
necessity.

Regulator puts in front of it
The objective is to extend the period of economic growth of the country despite the negative
trends in the world economy.

The Head of the Fed Reserve also
noted that the proximity of interest rates to zero is serious
a challenge to monetary policy. The U.S. Central Bank management is concerned
Possible drop in inflation expectations of households and companies against the background of
Slowdown of consumer price growth rates. If inflationary expectations start
it’s gonna be hard to keep them down. Jerome Powell said.